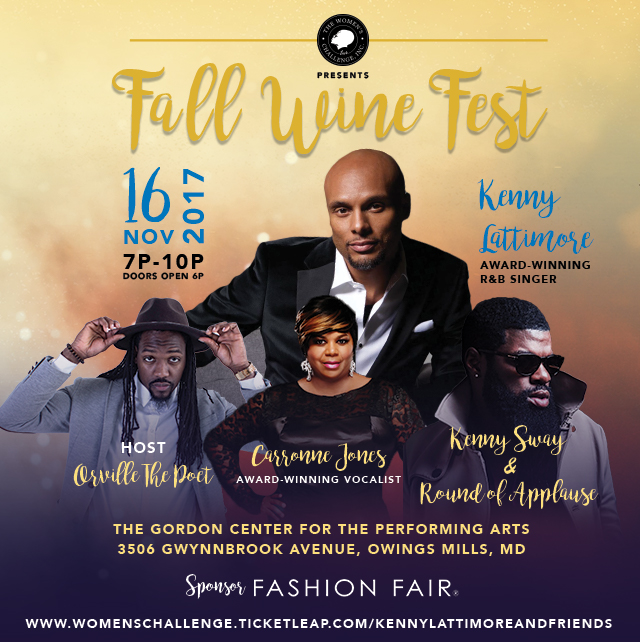 Hailed by the New York Times as a “modern soul man,” Grammy Award-nominated singer/songwriter Kenny Lattimore has landed another Top 10 hit with “Love Me Back.” The simple feel-good track was the lead single from Lattimore’s seventh R&B solo album, Anatomy of a Love Song. The project was the first release from the singer’s eOne Music-distributed Sincere Soul Records.

Says Lattimore, whose signature “For You” became an instant top 10 hit, “This project brings together all the musical elements of songs I have loved throughout the years. From break-up and make-up songs to the highs and lows—I wanted to make sure this album touched everyone on my journey back to love.”

Lattimore also recently returned to his roots in gospel music with the release of “A Kenny Lattimore Christmas.” The stunning 11 song holiday project was created with Multi-Grammy, Stellar & Dove Award-winning producer Aaron Lindsey and landed him a #3 album position on the Billboard Gospel Charts. “This album was so fulfilling as it allowed me to sing various genres of music with a gospel/inspirational message complimenting my musical purpose: speaking to the hearts of women and the minds of men encouraging them in love.”

Growing up in Washington, D.C., Lattimore was raised on gospel music and such R&B/pop icons as Chaka Khan, Marvin Gaye, Donny Hathaway and Stevie Wonder. His f”freshman year at Howard University gave way to Lattimore becoming the lead singer for R&B group “Maniquin”. Signed to Epic, the group released the single “I Wanna Ride,” produced by the Gap Band’s Charlie Wilson.

Lattimore relocated to New York City as a solo act and was signed to Columbia in 1995. Ushering in an R&B resurgence that counted D’Angelo and Maxwell in its ranks, Lattimore released his debut solo album a year later. The self-titled, gold-certified set spun off two top 20 hits: “Never Too Busy” and the romance classic “For You,” which peaked at No. 6 on the R&B charts.

In addition to the Grammy-nominated “For You,” Lattimore’s body of work includes his critically acclaimed sophomore album From the Soul of a Man and two top-10 charting duet albums with singer Chanté Moore: Things That Lovers Do and the gospel/R&B double-CD Uncovered/Covered. Lattimore’s last solo project was the 2008 covers album Timeless.

Along the way, the singer has garnered Soul Train and Stellar Awards nominations as well as the NAACP Image Award for Best New Artist. His nuanced vocals have graced projects by a diverse array of artists from Musiq Soulchild and Rachelle Ferrell to Nancy Wilson and Brian Culbertson. This prestigious list also includes Kanye West, who sampled Lattimore’s “Lately” for the track “I’m in It” from West’s No. 1 album Yeezus.

Fans around the globe will be happy to know that Mr. Lattimore is currently working on a new project to be released later this year. This album is sure to showcase the same sultry voice accompanied with an array of sweet harmonies and memorable melodies that will continue to add to the legacy of authentic R&B.